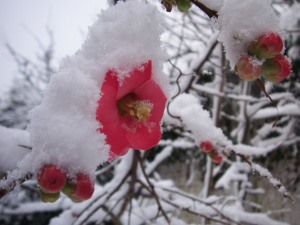 The media is ecstatic about what has been dubbed the “Arab Spring,” a revolutionary wave that is sweeping through the Arab world, in Africa, the Middle East, and Asia.  Freedom-lovers in our country celebrate what is happening, aided by NATO and the U.S. government.  I have to confess that I’m not so thrilled with it.  I’m not seeing this as some new birth of freedom breathing hope for a more democratic world.  I watch and listen with a sense of foreboding.

I don’t say that because I feel it would be better for people living in the Arab world to remain subjected to dictatorial leaders and suffer unjust treatment.  I don’t say that as if Americans are the judges of who is or is not worthy of living in freedom.  I celebrate freedom because the history of humanity is the endlessly repeated story of rulers oppressing their adversaries.  Invariably the downfall of one tyrant does nothing more than clear the way for the rise of the next one.  This has nothing to do with Arabs not deserving freedom.  It’s just that dictators falling from power should not deceive us into thinking that this will actually translate into freedom for the citizens of these countries.

Of greater consequence in this “Arab Spring” is the Winter that is descending upon  Christians in those lands.  In a recently published article, Carl Moeller, President of Open Doors USA, cites the following incidences from the past few weeks:

To the degree that this Arab Spring is a Muslim resurgence, to that same degree we will witness increased persecution of Christians in those lands, violence against Israel, and subsequent threats to our own country.  Of the three, my greater concern is for our brothers and sisters in Christ whose lives are under increasing risk for following Jesus.

In a fallen world, religion and politics don’t mix real well.  History pretty much confirms that political institutions will use religion for their own political ends of acquiring and maintaining power and that religious institutions will invariably use politics for their own self-preservation and comfortable-living ends.  Evangelism is at its purest when disconnected from the political arena.  Some Christians living in a relatively Christian-friendly environment (like America) will disagree with me on that.  I’m not saying there is no role for Christian to play in the public arena.  But let other faiths begin to gain power and influence in the legislatures, and let their presence grow stronger in the public arena, and in the local community (as is happening with Islam in Europe), and our support of mixing religion and politics won’t be quite the same.  Ask our brothers and sisters in Muslim lands.

What’s blossoming in this Arab Spring is most likely not greater freedom but more persecution for the followers of Jesus Christ.  We need to pray for them.

For more information on the upcoming International Day of Prayer for the Persecuted Church on November 13, go to this site.

This entry was posted in Uncategorized and tagged Arab Spring, Christianity, Prayer. Bookmark the permalink.